Influence of Pop Art on Photography

Pop Art is an art movement that emerged in the mid-1950s in Britain and in the late 1950s in the United States (Livingstone 1990). Pop Art as a style of art emerged in the US some decades later to improve on the existing fine art. In Pop Art, the artists are geared toward producing images from the culture of the society in view of the advertising world through mechanical means. Both photography and Pop Art produce images that help in providing information (Newhall 1982, p. 307). In Pop Art, generally, materials can be combined with other similar or different materials from the society's dominant cultural practices to produce a single image by visual means that enable comparison. By contrast, photography tracks a single spot of an event, i.e. cameras are used to produce an image of a single material (Brown 2000).

Images in the Pop Art can be used to show irony in the society where the artist combines contrasting images in a single frame. Unlike photography, in Pop Art, the artists use different colors in the images to introduce symbolic context. Pop Art has a great influence on designers. The latter often derive inspiration from different Pop Artworks. It also influences contemporary artworks where artists incorporate the new features of Pop Art in their artworks.

The most notable characteristics of Pop Art include:

Pop Art is believed to have resulted from the artists' expression of rejection of Abstract Expressionism as well as the means of the celebration of the consumerism that came after World War II. The artists disapproved psychological or spiritual content that the expressionists offered and instead preferred to look at life ironically and with a spatial flatness in their work. Pop means popular culture, which formed the main focus in Pop Art. The term pop was attached to this genre by a critic in an article that appeared in Architectural Design in February 1958. The movements such as Dada and Nouveau Realism are strongly regarded as the main precedents of Pop Art (Collins 2010).

In Britain, various materials influenced the development and growth of Pop Art. Some of these materials include logos, newspaper cuttings, and advertising symbols. These materials were used to parody the dream of a good life the Americas had from the outside. For instance, Richard Hamilton's work, the 1956 collage labeled "Just What Is It That Makes Today's Homes So Appealing, So Modern", is almost a spiritual symbol of what the American dream was in 1950. It portrays a couple dressed in underwear in a modern lounge which is surrounded by prestigious furniture, a tape recorder, a vacuum cleaner, and a large TV set. Just like it was portrayed by most pop artists, Richard's work seems to show some irony or parody. The perspectives in this artwork are a little askew and contain lampshade from Ford Motor Company alongside a tin containing cooked ham placed on a coffee table.

It is believed that Pop Art was adopted by the Americas in the mid-late 1950s when it crossed the Atlantic. It enabled American artists to celebrate the then American dream from within. They customized the Pop Art of British origin by adding distinctive American ingredients to make a uniquely American mix. Roy Lichtenstein used comic book art to a large extent. He mostly used it to give his pictures an edge. For instance, his work in the 1963 Drowning Girl picture is one of the renowned US Pop Art iconic pieces.

US Pop Art is Andy Warhol

Perhaps one of the most iconic figures in the movement of the US Pop Art is Andy Warhol. His work is believed to have transcended the movements in Pop Art and later culminated into mainstream art as time progressed around the 1960s. Whilst most of the artists of British origin poked fun at how the Americans believed in the dream and a good standard of living, arguably with some level of jealousness as well, Warhol seemed to direct his focus in celebrating the immediate consumerism after World War II and the popular culture present in the USA in the 1960s.

Andy Warhol's Style of Art is Best Described in Photos

Andy Warhol's prominent works include Marilyn Diptych in 1962, Campbell's Soup Cans in 1962, Eight Elvises in 1963. He did not only produce Pop Art works but also featured in music as well as film production. He featured in the 8-hour long film 'Empire', that was shot at the Empire State Building in 1964 as well as producing music with the Velvet Underground. In music, he only paid for the studio recording time in addition to designing album covers for Diana Ross, Aretha Franklin, and The Rolling Stones. Warhol was later to become the most sought after celebrities of the 20th century due to his popularity. His work, Eight Elvises 1963, fetched $100 million in 2009 (La Grange 2005).

Though Pop Art became very popular and widely accepted due to its main focus on popular culture and rejection of Abstract Expressionism, it received quite a substantial amount of criticism. There are those people who failed to appreciate it as a genre in art with a rich potential of presenting to the people contemporary issues in the country. They instead saw it as a corruption of the much-respected artistry world. Some of these critics came from artists who had already established themselves in other forms of artistry, especially Abstract Expressionism. It was also criticized for its focus that was low-brow in nature.

For example, Harold Rosenberg, prominent for his influential criticism on contemporary art, depicted Pop Art as being like a joke that had lost its humor, which had been told again and again until it began to sound like a threat. He called it an advertising art that portrayed itself as art that hated advertising. Roland Barthes believes that Pop Art is too symbolic. He argues that it should be a little de-symbolized, that it should separate itself a little from its meaning. Most artists engrave the artwork's meaning too deep in the work for people to understand. The meaning should be a little lighter and easier to see (Buchanan 2009).

Pop Art tends to work with the illusion of the game, explaining the essence of the object. It intentionally emphasizes the daily elements of different cultures by using humor. Red, yellow and bright blue are the major colors used in the works of Pop Art. For example, Robert Rauschenberg attached to the canvas different images, outlining them and adding different objects. One of his famous works is Retroactive I (1964), where he used the photo of Kennedy. It can be assumed that Robert Rauschenberg's works are pretty political, but it does not change their values. His art is very impressive. He says: "I don't want a picture to look like something it isn't. I want it to look like something it is. And I think a picture is more like the real world when it's made out of the real world".

Andy Warhol was working in the same style, but he also had his signature style, wherein his artwork one can find rows of repeated images, like series of paintings of "Coca-Cola Bottles", "Campbell's Soup Cans", portraits of Elizabeth Taylor, Marilyn Monroe, Jackie Kennedy, Elvis Presley, and later also the electric chair, car crashes, flowers, etc. He attracted attention to the formed symbols and stereotypes in his works. In the works, he decides to use democracy symbols like Coca-Cola, or Marilyn Monroe's picture as a symbol of beauty and sexuality. Such works created in a style of pop art were understandable and interesting to people. However, a lot of Pop Art works are on the edge of irony and absurd (Collins 2010).

Richard Hamilton: Just What Is It That Makes Today's Homes So Different, So Appealing, 1956

This is perhaps the first artwork to be considered as 'Pop Art'. This work is a collage of many images sourced from different magazines. Together, they show a living room. A body-builder is portrayed posing in the foreground. The ceiling is painted to reveal a photograph of the planet Earth as seen from the space. A nude girl poses on a sofa that is painted in front of a huge tin of ham. On the wall hangs a picture from a comic strip while on the background is a diminutive woman hovering on the stairs representing a scene sourced from an advertisement. In general, the picture focuses on the extraordinary images characterizing the world of mass communications and advertisements, by bringing them together in a playful way. The work represents pop themes and is a synthesis of the American commercial culture.

From the image, there are some stars that could resemble the religion of the artist. The image clearly represents a historical work which cannot be expressed in words. It is an American flag. The color mixture is awesome. These colors are symbolic where the white color might mean peace and the red color could resemble the blood that was shed to attain independence. There is a high contrast between colors. The pattern of the image is not very complex. The artist used a combination of photographic and artistic skills to enhance the aesthetics of his work and to make appealing while avoiding compromising on its meaning to the people. It accurately depicts the US flag and nothing more. Later he created work Three Flags where he images three USA flags located one on top of another. The effect was a typical Pop Artwork characterized by its simplicity, bright colors, coupled with an inspiring look.

The image contains a group of famous people dressed in colorful attires, some words written on a rock, a drum, saxophones and flowers that are laid in a family photo style. The type of dress code and the presence of a drum in the image show that these are musicians. The words "club band" further helps to show that this is a band of musicians. The color mixture is great. The objects in the image are in a well-arranged complex manner yielding to a composition that has unity and balance. The brightness of the image shows that the people are in a happy mood. The black-colored suits contrast with the bright colors in the image (Buchanan 2009).

In conclusion, Pop Art was established in the UK after World War II. The artists produced artworks that were inspired by the people's popular way of life as well as the numerous materials and surfaces with the aim of parodying the standard of living of the Americans in a setting dotted with post-war conditions. The genre was adopted later in the 1950s in the USA where it was altered to celebrate their way of life rather than depicting it as a satire. The artwork is a very important element in the field of mass media. It inspires people and passes information to them. With the world advancing in almost every field, artistry is gaining popularity by the minute. It still holds a major role since it represents the peoples' culture and can be used as a tool to voice certain views or opinions of people on various national or global issues. Today, various groups have various logos or symbols that serve as an identity of who they are. Demonstrators and rioters the world over are commonly used artistry drawings or paintings to express their view against or for a collection of issues. This shows that art, especially Pop Art, has a pivotal role to play in society and should be appreciated. 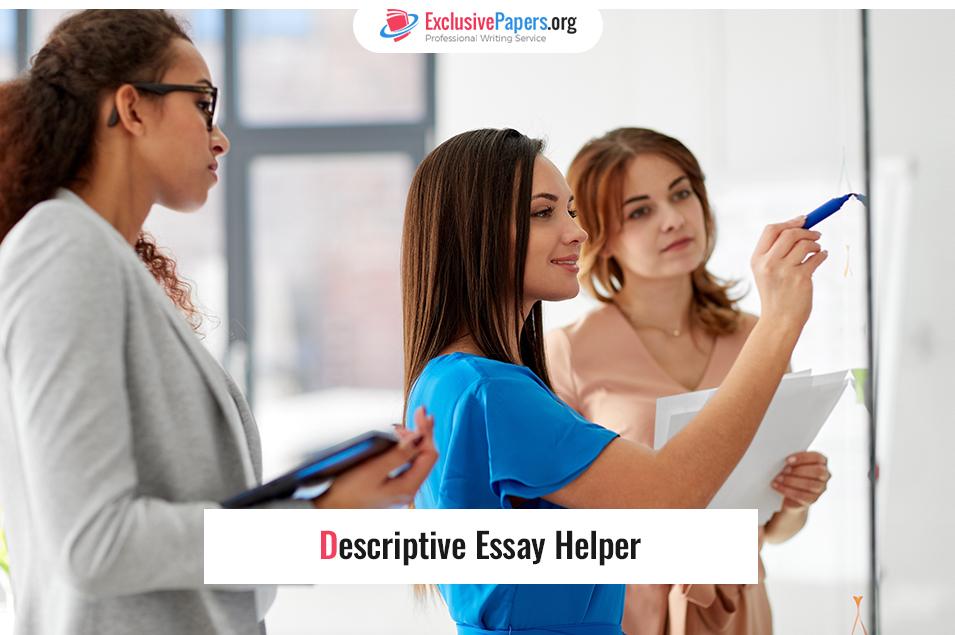 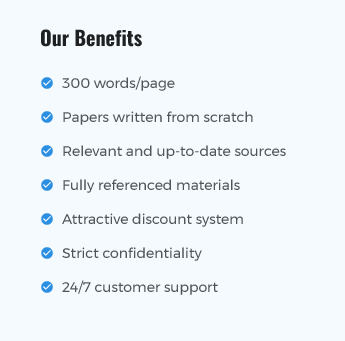